Thousands of union members wear red shirts on Wednesdays as a sign of solidarity. When a sea of red shirts greet management, it’s a way to let them know that the workers stand together.

The modern tradition dates back to 1989 with the Communications Workers of America (CWA) whose members wear red on Thursdays. Gerry Horgan was a CWA chief steward for Westchester County in New York who died in August 1989 while he worked a picket line. He left behind a wife and two daughters. The vehicle that struck him was driven by a scab and the teenage daughter of a manager who was never charged for his death. CWA members wear their red shirts on Thursdays to remember Horgan and the sacrifices he made protecting the picket line.

Wearing the red shirt to show solidarity took on extra meaning during Wisconsin Gov. Scott Walker’s relentless attacks on labor. Unionists around the country wanted to show solidarity with Wisconsin and donned red shirts once a week. Today, it remains an act of showing unity – both to one another and the world. It’s not anti-management; it’s a positive statement of workers standing together.

We are encouraging all our Union Sisters and Brothers to wear Red shirts to make a positive statement about workers standing together! The red shirt gives everyone a sense of unity and fellowship! 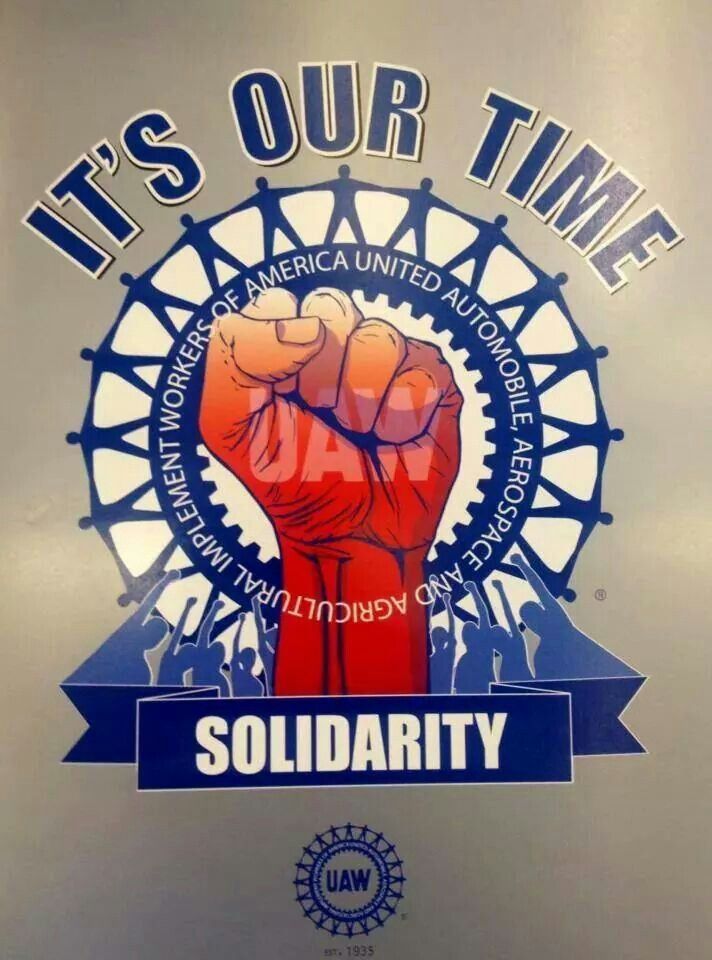 So, if its Wednesday WEAR RED- let us show solidarity!

Please submit pictures to office@uaw1979.org of all Union Sisters and Brothers wearing their red shirts. Pictures will be posted on UAW Local 1979 Facebook page!